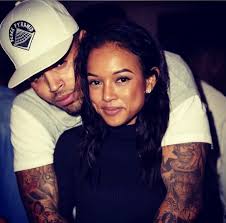 Chris Brown has made it no secret that he still wants Karrueche and it seems that he won't stop until he gets her. 
Earlier this week, Karrueche filed court documents in LA to obtain a restraining order against Chris Brown. In the documents, she alleges that she is still receiving threatening text messages from Chris and that he was physically abusive to her during their relationship. In one incident, She claims that Chris punched her and pushed her down a flight of stairs. She also said that earlier this month, Chris texted her threatening to kill her and more. Read the full document by clicking HERE.