Recently, I got the chance to chat with one of my favorite reality TV stars, and you can FINALLY check out the full interview below. 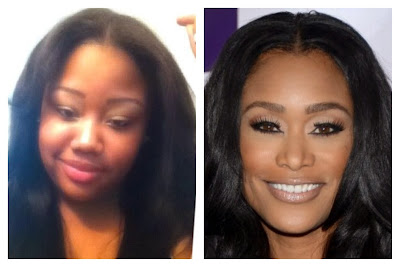 Tami Roman made her reality tv debut on MTV's The Real World, and later resurfaced as one of the most popular cast members on VH1's Basketball Wives. After being criticized for her quick reaction to bullsh*t, Ms.Roman has revamped her image but still remains to keep it real. She made her break into the cosmetics world with her very own line of nail polish and lip gloss, she's been named new host on the Tiny Tonight show... and she confirmed in our interview that she is now working on her own reality show, "The Roman Empire".

While the reality Diva continues to hustle, she suffered a major loss with her mother's death after a battle with cancer. But as expected, Tami remained strong and successful while raising her two daughters with no help from her ex husband (basketball player) Kenny Anderson. Check out our chat below.


To check out Tami's cosmetic line CLICK HERE. To receive a Diva Den goodie tweet me (@TheeKeke) a pic of your confirmation of purchase and follow (@DivaDenEnt) on Twitter. You have until Oct 31st to do so. =)
Posted by THE MOTHER DIVA at 10:50 PM