Reports have been confirmed that rapper/producer Future popped the question to his singer girlfriend Ciara!

Ciara celebrated her 28th birthday this past weekend and got the best gift a girl can get, which was a marriage proposal and a 15 carat ring! The news was confirmed to the associated press by Future's publicist, Chris Chambers. The couple has been in the news lately as rumors of a pregnancy began to circulate. Check out the pics of Ciara performing that led to the preggars watch.

Hmmm... She could just be bloated in the pic, but it could also very well be a growing baby bump! What do you think?? 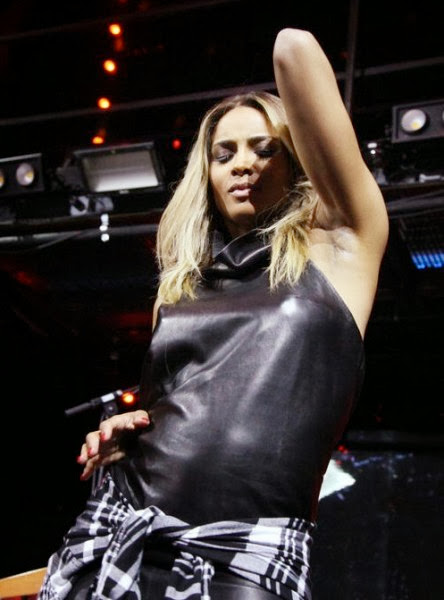 Pregnant or not, Ciara has found her prince charming... I'm sure she'll instagram a pic of the ring ANY moment now.. Here's what she shared in her tweets.